Learn how to operate drones as part of your surveying workflow

Why train with us

Training tailored to your use case & experience level

Minimal time away from productive work

No travel or accommodation costs

Learn how to operate drones as part of your surveying workflow

With changes to UK drone laws, the barriers to enterprise drone adoption have never been lower.

Not only do our courses provide you with recognised drone pilot certification, they’re also designed to develop your practical flying skills to fully leverage the benefits that drones bring to surveying applications.

Our courses are designed specifically for surveying professionals who wish to utilise drone technology in their business. The course delivers the following elements:

A2 Certificate of Competency: If you’re going to be using a drone that weighs less than 2kg, for example a DJI Phantom 4 RTK, and your work will never require you to fly within 50 metres of uninvolved people, the A2 C of C is the only certification you’ll need.

General Visual Line of Sight Certificate: If any operation requires the use of a drone that weighs more than 2kg, for example a DJI Matrice 300 RTK, and requires you to fly within 150 metres of a built up area, you’ll be operating in what’s known as the ‘Specific Category’ and will require an Operational Authorisation from the Civil Aviation Authority (CAA). The General Visual Line of Sight Certificate is the prerequisite of an Operational Authorisation. The same is also required for sub 2kg drone operations that require operating privileges over and above those granted by the A2 C of C (eg. Extended Visual Line of Sight operations).

Download our Business Case For a Drone Programme whitepaper

Ready to speak to one of our experts? Get in touch today. 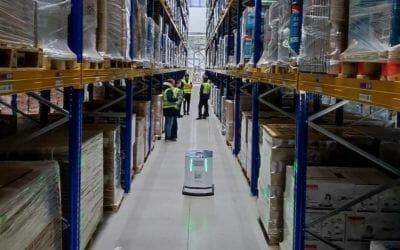 How do warehouse workers feel about automation?

According to the Harvard Business Review (HBR), the global warehouse automation market was worth around £11 billion in 2019 - and it has surely increased significantly since thanks to the march of technology and the COVID-19 pandemic forcing businesses to start...

END_OF_DOCUMENT_TOKEN_TO_BE_REPLACED 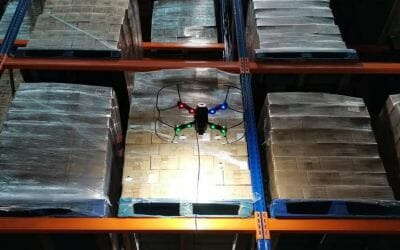 What issues are warehouse managers facing – and how can drones help?

We know it might sound crazy at first, but what if I told you drones flying around your warehouse can help you overcome a number of daily issues and challenges you might face?  They can work around the clock and take away the tedious task of inventory counts while you...

END_OF_DOCUMENT_TOKEN_TO_BE_REPLACED 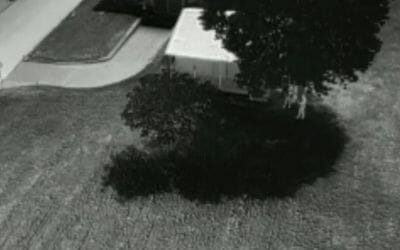 If you’ve had the opportunity to read some of our previous posts, you’ll already be aware of the fundamental benefits that drone technology bring to outdoor security operations. However, one subject that we’ve not yet brought to your attention is how (or even if) the...

How we help you

An initial consultation, designed to get to the very core of your business objectives. We will help you answer the key questions:

An exciting stage, and one where the concept starts to become reality. But, is also a point where costly errors can be made.

To ensure you are investing in the right technology for your intended application, we always explain the reasons for our recommendation, so you have complete peace of mind that the system we supply will always deliver the results you expect.

We are proud to have partnered with one of the UK’s leading drone training organisations.

Our courses are now delivered on a company-by-company basis, allowing us to develop a training plan that is 100% relevant to the work you’ll be doing. Not only will your company and its newly qualified drone pilots be covered from a legal perspective, you can also rest assured that they will have gained unsurpassed levels of knowledge, as well as the practical skills required to fly your equipment with the greatest levels of safety and proficiency.

Through our partnership with Bluestar Leasing, we can offer a range of flexible and tax-efficient funding solutions to allow your company to spread the total purchase price for any period up to 5 years, meaning we can always supply our solutions at the time that’s right for your business, irrespective of budgetary constraints.

Our product handover is a face-to-face installation service, where your RAWview contact comes to your site to setup and activate all the elements of your new drone system and show your team how everything works.

It also provides the ideal opportunity for your team to ask any questions they might have.

RAWview has teamed up with Flock Cover to give our customers access to a range of flexible Commercial Drone Insurance policies.

You can read our comprehensive guide to Commercial Drone Insurance here.

In-depth knowledge of drones in your industry

All of the products, services and resources available to you in one place

Dedicated to simplifying the process of drone implementation

If you’re ready to start your drone automation programme, or get a deeper insight into how commercial drones could help you, drop us a line