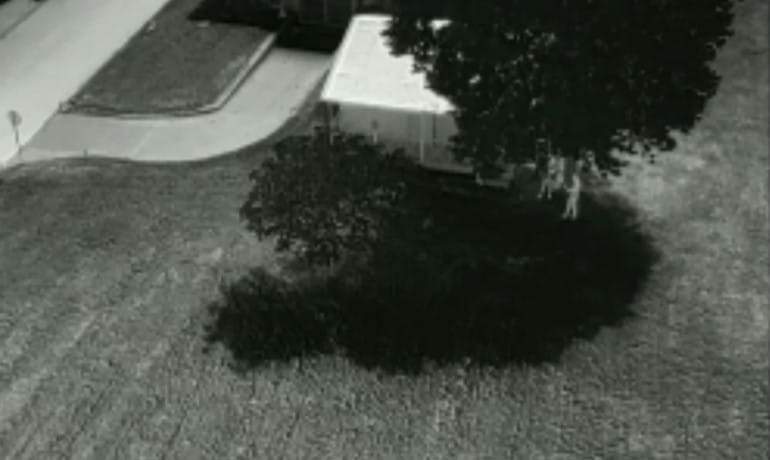 If you’ve had the opportunity to read some of our previous posts, you’ll already be aware of the fundamental benefits that drone technology bring to outdoor security operations. However, one subject that we’ve not yet brought to your attention is how (or even if) the technology works at the time of day where sites are most vulnerable to intrusion – the hours of darkness.

In this post we’ll discuss how night surveillance drones:

But before we get into that, we should take some time to look at the key component that makes night surveillance possible – a thermal imaging camera. For this, we’ll hand over to the experts and point you to a great article from Teledyne FLIR; a global leader in the development of thermal imaging devices.

Thanks to reliable hardware, sophisticated software and GPS technology, a security drone is now able to fly highly automated, repeatable routes around site perimeters; capturing and analysing high quality thermal video footage as it goes. Users simply mark their site’s perimeter into a dedicated platform like FlytNow and the software converts those inputs into an automated flight mission that the drone then delivers on demand.

The use of GPS-based navigation is particularly useful for night patrol operations as it means the same route can be flown, time after time. Even in daylight hours, it would be extremely challenging for a drone pilot to achieve anything like this level of precision with manual flight, let alone during the hours of darkness!

An active deterrent to intruders

Anyone aspiring to breach your site will likely carry out a number of recces to identify any weaknesses in security process that they can then exploit to access the site without detection. One of the most common examples that can leave sites most exposed is a reduction of – or even an end to – patrols during the night. Unfortunately for the intruder, a drone that has the capability to conduct patrols at any time of day OR NIGHT is an extremely difficult thing to mitigate against. As such, the findings of these recces will probably culminate in a decision to avoid this site all together.

Automatically detect a suspect prior to intrusion

Again, working on the principle that prevention is better than cure, the birds eye view afforded by a security drone means that the camera’s field of view can extend beyond the physical perimeter of the site. This means that the automatic detection algorithms can be set to work on identifying suspicious movements that are occurring outside the site’s perimeter; movements like those made during the recces we discussed in the previous paragraph. This allows the site security team to stay a step ahead of possible intruders and to build in additional preventative measures.

Even if an intruder hasn’t been deterred from breaching the site perimeter, their difficulties are far from over! In addition to routine aerial patrols, security drones also have the capability to react to an unplanned event. This means that once the drone has locked onto an intruder, it can continue to track their movements and remotely stream the subsequent visual information back to the control room in real-time.

Once they realise they’ve been detected, intruders will often flee the scene before they have the chance to do any damage. Security drones offer a great method to aid with this – they can be outfitted with loudspeaker payloads that are programmed with a pre-recorded audible message that warns them that they’ve been detected, the police have been notified, and that their movements are being monitored.

Minimise the reliance on human resource

As we’ve uncovered in the previous paragraphs, security drones have the ability to monitor sites with extremely high levels of automation – even during the hours of darkness; essentially, replicating manual patrols. There are some obvious benefits to this: cost-savings, efficiencies, increased patrol frequency, to name just a few. However, we can look even deeper and consider the fact that better incident footage leads to more strategic response to a situation, therefore, it would be fair to say that night surveillance drones actually have the potential to make intrusion handling a much safer task for site personnel.

To get the answer to this question, we need to look to the 3 main areas: the drone, the camera, and the software that controls everything.

You’re looking for an industrial-grade model that is proven to operate reliably across various environments. As the drone is going to be flying autonomously, you should also be looking for multiple safety features and systems of redundancy.

In our view, the Matrice 300 RTK from DJI fits the bill perfectly.

Just like the drone, you need to find a camera that is of an industrial-grade specification. Given that we’re going to be working at night, the camera better have thermal imaging capability and be of a specification that provides good resolution.

The Zenmuse H20T offers the ideal solution and is natively compatible with the Matrice 300 drone.

When it comes to software, it goes without saying that we need a platform that is fully compatible with all of the hardware components to ensure that automatic flight control of the drone and delivery of real-time thermal footage from the camera can be obtained. It must also be able to integrate with other security components, such as Video Management Systems and/or alarms, CCTV cameras etc.

FlytNow from FlytBase is a great solution and meets all of the requirements of a night surveillance drone system.

Sign up here and receive our latest insights on the application of drone technology in Security.