How do warehouse workers feel about automation? 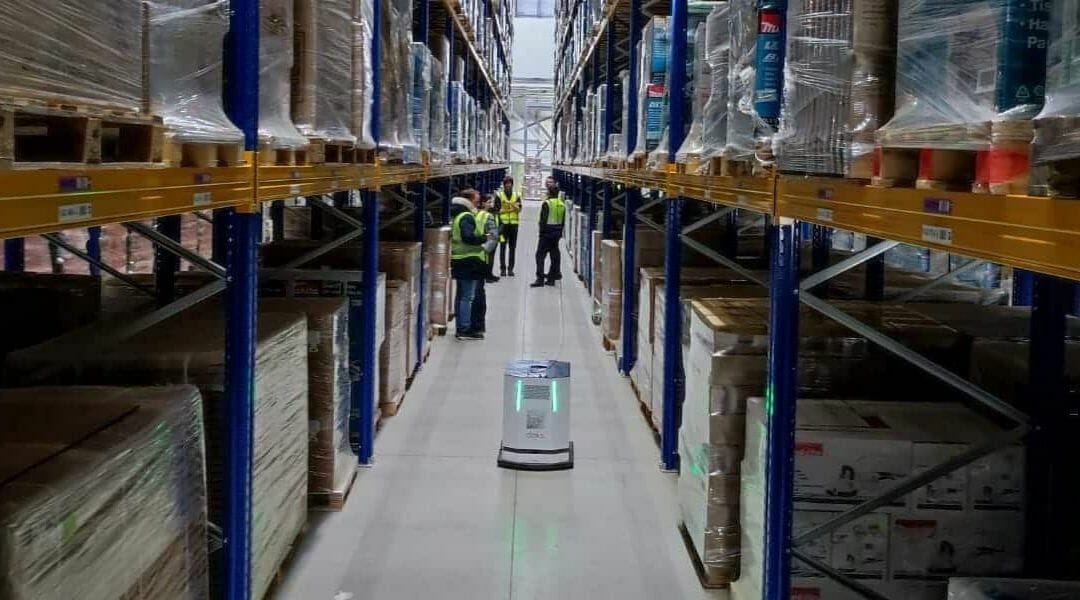 According to the Harvard Business Review (HBR), the global warehouse automation market was worth around £11 billion in 2019 – and it has surely increased significantly since thanks to the march of technology and the COVID-19 pandemic forcing businesses to start embracing new ways of working.

We know the industry has huge growth potential – it’s why we’re so excited by innovations like inventAIRy XL – but we’re also conscious that many warehouse and logistics workers may have concerns over how these technologies will impact them.

Given that the UK’s transportation and storage sector employs circa 1.8 million people, it’s vital that any concerns are fully addressed. Fortunately, HBR conducted a survey with warehouse workers to gauge their views on automation which, when coupled with the feedback we’ve had while delivering demonstrations of automated PI and cycle counts, gives us a great insight into concerns across the industry.

And because we like to take the glass-half-full view – especially when we’re so excited about the possibilities of automation – we’re looking at the ways everyone can win with technology.

Possibility for workers to upskill

Understandably, many warehouse workers are worried about the potential for job loss, with robots coming in to take their jobs and make them redundant. The HBR survey showed 42% of the negative responses were related to fears around job loss.

We think, however, that warehouse and logistics companies should use automation as an opportunity to upskill existing staff, enabling them to work in more value-added roles. Inventory counts are slow, labour-intensive, often inaccurate and far from ideal when it comes to health & safety. If ever there was a job that made sense to be automated, it’s that. That means you can move those staff to something more productive and profitable. The result is more efficient inventory counts, increased productivity in areas that can’t be so easily automated, and hopefully a happier workforce who can enjoy doing more interesting tasks.

The HBR survey showed that the greatest positives that workers were drawing from the prospect of automation was improved safety (mentioned in 42% of the positive responses). This ranged from reducing wear-and-tear on the body through to the ability to eliminate high risk tasks. Take a solution like inventAIRy XL, for example, which has the ability to completely eliminate the need for warehouse operatives to go up on cherry pickers to scan difficult to reach pallet locations. This has to be the right approach in the quest to safeguard the welfare of any organisation’s most valuable asset: its people.

It’s not just warehouse and logistics executives who are excited by the speed and efficiency possibilities that automation brings – employees on the ground love it too. Not only did the HBR survey show great enthusiasm for technology that helps employees do their jobs faster and better, but we’ve seen it on the ground when conducting proof of concepts, too. At every warehouse we’ve been to, the amount of interest the inventAIRy XL solution generates is incredible – all from people excited to see how this clever little robot and drone combo can make their lives easier and free them from the burden of monotonous and repetitive tasks!

There’s no question that systems like inventAIRy XL is capable of conducting far more accurate inventory counts than humans. That’s not a criticism – even the best among us get hungry, tired or distracted, and mistakes can easily creep in when doing repetitive tasks that a robot will happily work through.

Our travels to warehouses have shown that, far from feeling threatened by this, workers are embracing it. No one likes feeling like they’re making mistakes at work, especially ones that will potentially prove costly, so the overwhelming feeling we received from warehouse employees was excitement that the company as a whole would be improved by the addition of some automation.

Many employees think automation naturally leads to downsizing of the workforce, but from our experience, this is overwhelmingly not the objective of our customers. Instead, they want to maximise the opportunity afforded by automation to reallocate their staff to more valuable tasks, that will improve the overall performance of the business.

We know of warehouses who have won contracts on the proviso they automate certain processes, and this is down to the cost savings, increased accuracy and environmental advantages it brings. By adding automation to their operations, 3PL providers have a differentiator that can lead to real growth – and in turn, the need for more human employees alongside the automated ones!

The automation of warehouse operations has the potential to make a real, positive impact on workers, and owners and employees can both enjoy the benefits that new technologies can bring.

There will of course be concerns from staff (though we’ve largely encountered positive reactions up and down the UK when demonstrating the system), but by emphasising the wins – the potential to upskill, the health & safety benefits, the ability to move staff away from repetitive, inefficient tasks – organisations should be able to ensure their team gets as excited about this as we are!

Interested? Drop us an email at drones@rawview.co.uk to discuss how automation could benefit you and your workforce.

Want the latest updates straight to your inbox?

Be the first to hear our latest updates and insights about how this exciting technology is supporting the warehousing & logistics industry.