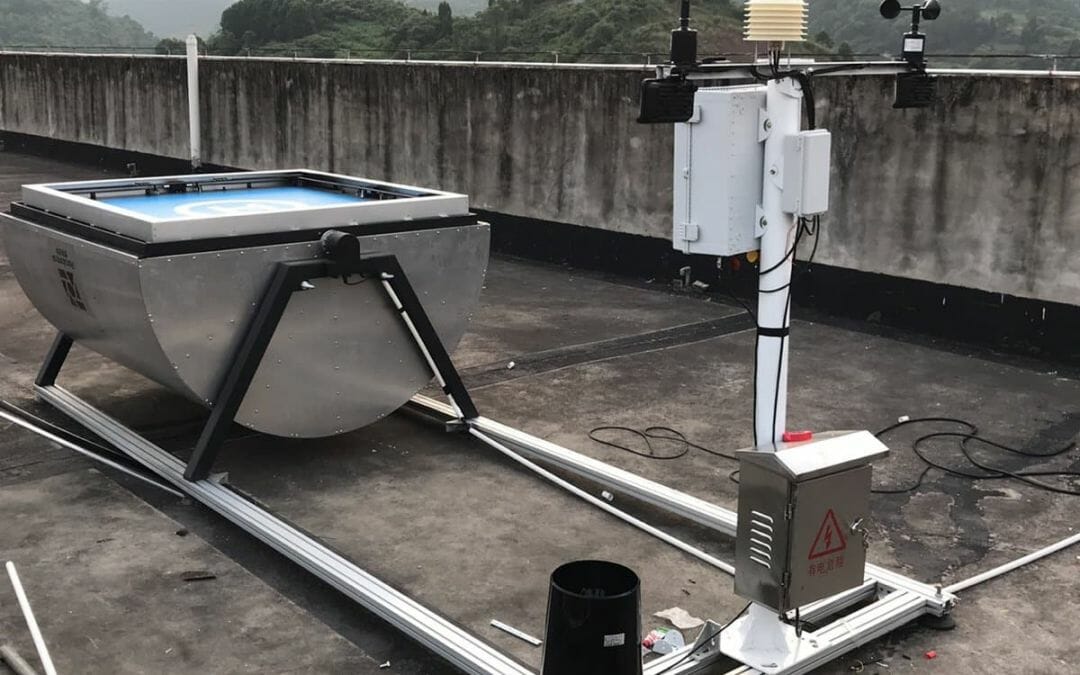 It goes without saying that inadequate security plans leave business premises exposed to threats of physical intrusion. In fact, this remains one of the biggest concerns to companies.

There have been considerable advancements in traditional security systems over the years; particularly in the fields of optics and detection systems. However, there are still a number of limitations to these traditional systems. That’s why security teams are now giving serious consideration to the role drone technology has to play in augmenting existing systems and even replacing some of the more archaic methods. One such example is perimeter security.

The aim of this post is to look at some of the limitations that the right security drone solution can help site owners/operators to overcome.

Perimeter security provides an active barrier and deterrent against unauthorised access into and/or out of a particular area. The process tends to be supported by a combination of hardware, software, security guards, and a control room to monitor everything.

For the most part, these methods do work, however, they’re certainly not without their limitations. Some examples of the challenges of conventional methods are:

Automated security drones offer several benefits over conventional security systems. Rather than thinking about drones in the traditional sense (ie. kids toys or tools for TV and film makers), you now need to think of drones as intelligent flying robots that can fly themselves and collect and stream huge amounts of very high quality data.

In the context of security, the mobile nature of a drone means that it can fly to any location, in a fraction of the time it would take a human to be deployed. They can also be equipped with high resolution cameras (upto 4K) as well as infrared sensors for operation in the dark. Footage from these devices can be streamed in real-time over the web, allowing it to be accessed remotely by any authorised person or team.

Coming back to the “intelligent flying robot” point, an entire surveillance mission can also be flown completely autonomously – without any manual control of the drone.

An emerging solution that’s perfectly suited for a security use case. The clue is somewhat in the name, but there’s a bit more to it than meets the eye!

DiaB is essentially a software controlled hardware solution, which encompasses the various elements required to automate an entire aerial surveillance programme – from safely launching and landing the drone, to delivering remotely accessible real-time video feeds. The objective of the DiaB concept is essentially to remove the need for a human drone pilot.

Because the value in the DiaB concept lies in the removal of a human pilot from the loop, it’s clear that any DiaB solution MUST be able to think (and act) in the same way that a competent human pilot would. Some good examples of this are:

Reaction to other airspace users

Traditionally, the on-site remote pilot is required to constantly monitor the airspace in which he or she is flying and to control the drone accordingly to ensure there is never any conflict with other airspace users. With DiaB deployments, we MUST have the ability to do the same – and critically, the system needs to be able to make the right decision depending on the airspace situation.

The answer to this challenge lies in the DiaB’s integration with software solutions that act as the interface between the drone and other airspace users. Thus, we can use these software outputs as an automatic decision-maker of whether or not any particular automated drone mission is safe to proceed.

With no human pilot available to assess whether or not the conditions are safe to fly, we need to include a solution that can detect weather conditions (both real-time and forecasted) and make a decision on whether any particular mission is safe to launch.

The answer to this challenge lies in the DiaB’s integration with an electronic weather station, such as the one pictured below. The role of this component is to constantly monitor the weather conditions at the drone’s location and give automatic approval or denial of the automatic mission.

Remote, autonomous missions such as those delivered by the DiaB concept work by communication over the internet. Because of this fact, we MUST have a method that allows the drone to react safely in a scenario where the internet connection is disrupted (or indeed any other communication issue occurs).

The answer to this lies in a range of pre-defined failsafe actions that are programmed into the DiaB. These failsafes essentially tell the drone what to do in the event of an emergency. 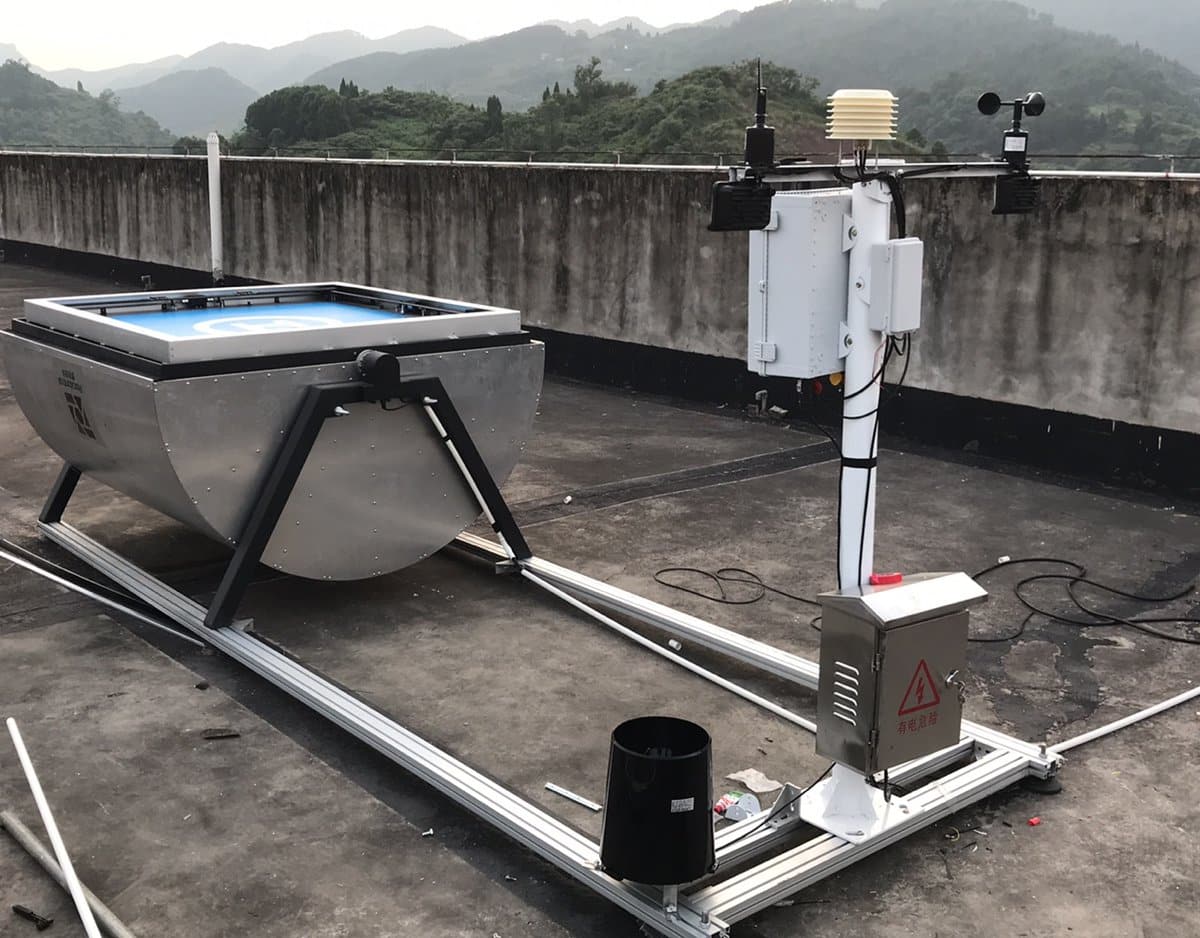 As we’ve explored in the previous paragraphs, it’s clear that drone technology is set to bring significant benefits to companies that currently utilise conventional methods to secure their sites. This makes the technology perfect for augmenting existing processes and automating some of the manual ones. To summarise some of the key points:

Challenges to overcome with drone implementation

Contrary to popular belief, the implementation of drone technology is NOT beyond the wit of man! It’s true that there are some regulatory prerequisites that must be met, but the process is relatively straightforward (assuming you partner with the right company).

As you may have gleaned from the DiaB paragraphs of this article, the more complex challenge is in making the dream of fully autonomous, drone-based security patrols a reality. However, if you are serious about realising the benefits highlighted in this post, you certainly shouldn’t be dissuaded from moving forward.

In fact, RAWview is already helping organisations through the process of implementing DiaB technology – safely and legally.

Sign up here and receive our latest insights on the application of drone technology in Security.